I’m dropping the raw measurements here with little comments as long as the results are in line with what you’d expect from a device like this, since I’m mostly interested in the IMD measurements, after the last post… 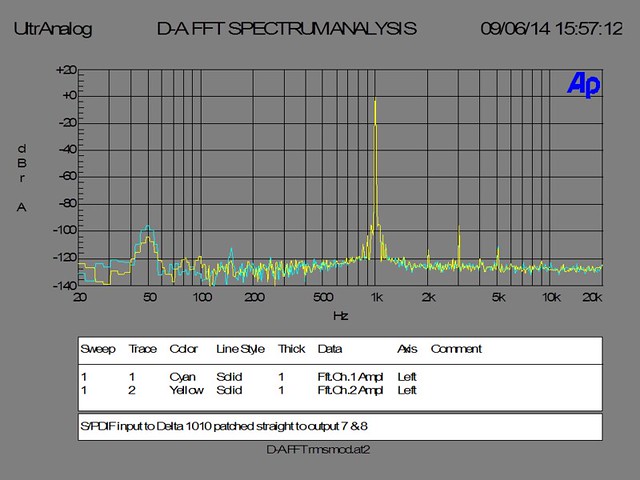 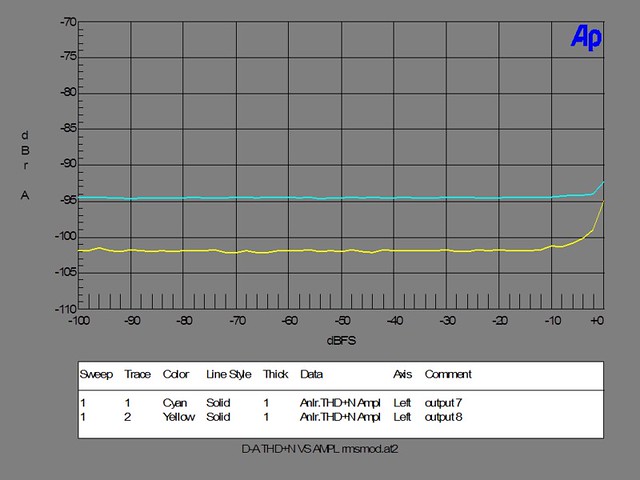 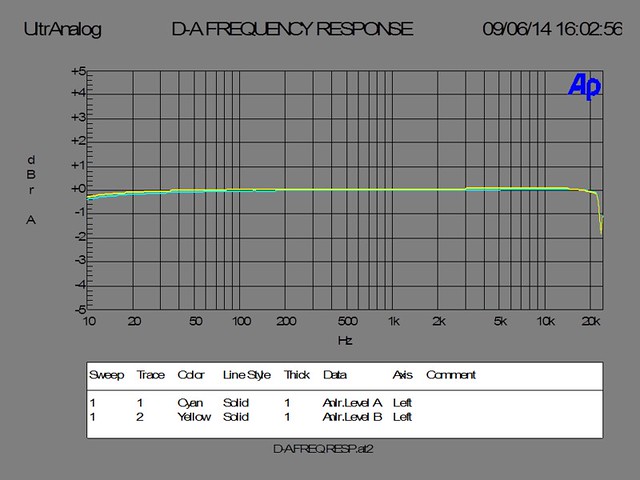 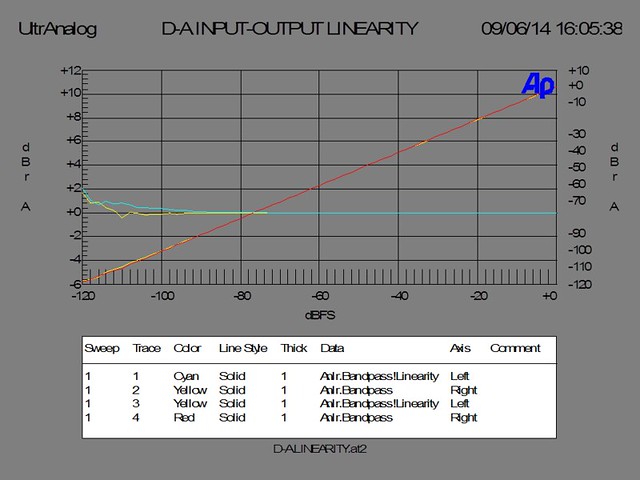 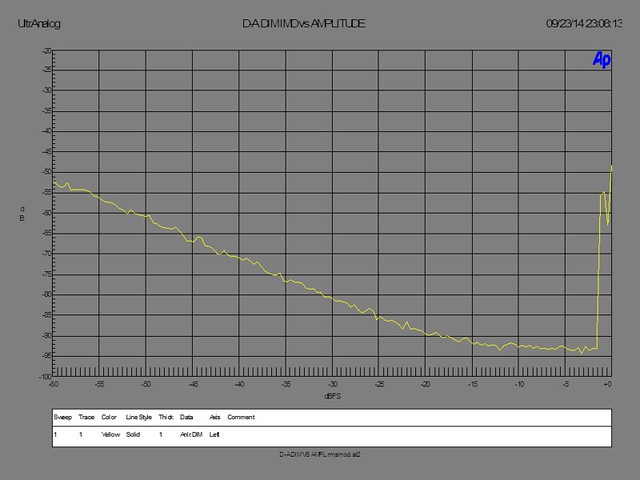 Here we go, again right at the top of the level range the IMD goes off the rails. Up until then, it’s actually been exceptionally good.

More investigation of the problem zone: 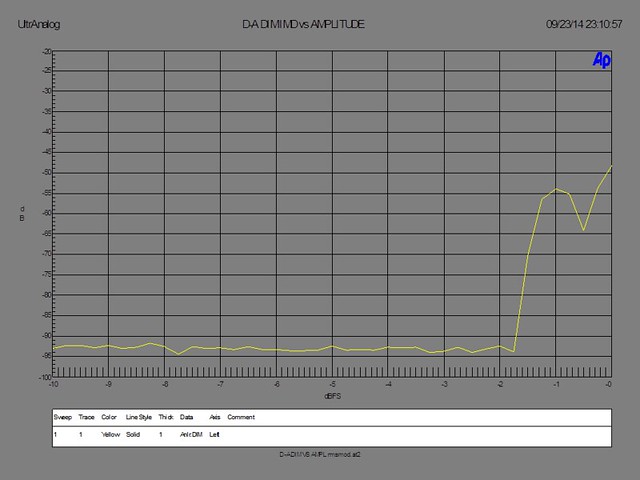 Close-up of the problem IMD vs. level area 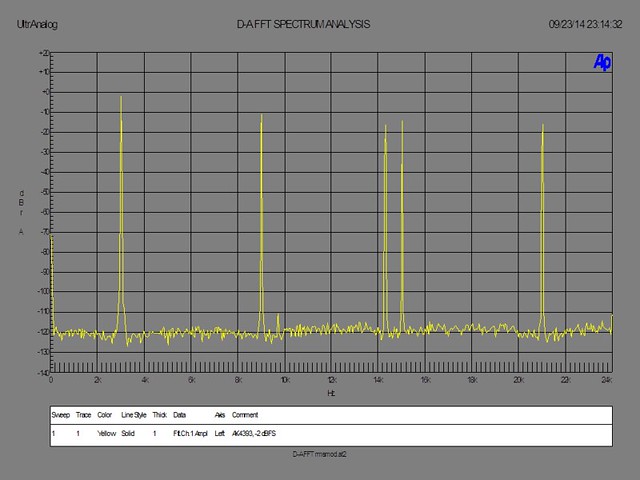 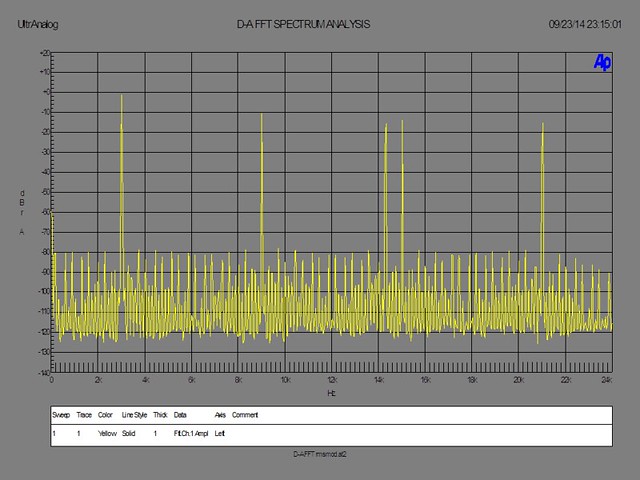 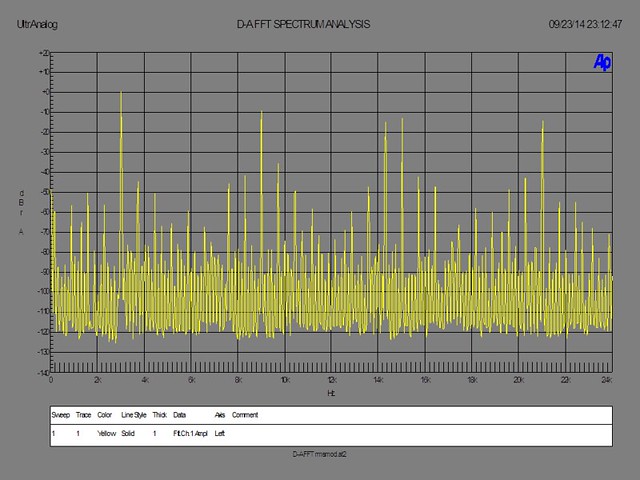 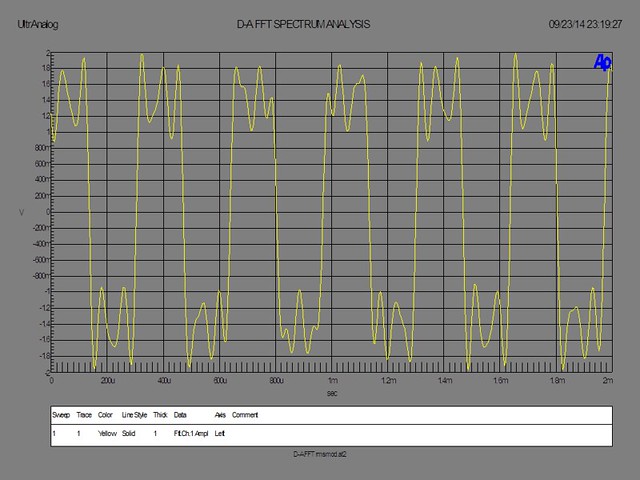 waveform with IMD at 0 dBFS

So, the AKM is also susceptible to IMD, even though the extent is mild and the waveform looks mostly recognisable.

Recent discussions with a semiconductor vendor made me realise that what we’re looking at here is probably not analogue distortion, but the sigma/delta modulator loop losing loop gain at full modulation. Many of these designs are very high order, and reduce the order near full modulation and that turns the system partly non-linear.

What lends credence to this theory is that the only sigma/delta from which I know for certain it does not reduce its order, the wolfson design, does also not show this IMD behaviour.

Therefore this behaviour should be avoided – either by not reducing the order or by shifting the digital full-scale range such that full modulation is possible before the sigma/delta limits itself. In this case that would cost 2 dB of dynamic range, but I’d argue that that would be easily worth the benefit.